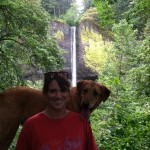 As Russia continues advances on Ukraine and diplomatic and economic sanctions attempt to resolve the crisis, some are raising the issue of energy independence. The threat of sanctions would hold more weight if Russia wasn’t Europe’s gas station. One third of all Europe’s natural gas is supplied from Russia.

The recent suggestion by House Republican majority leader John Boehner that the US should export more natural gas to Europe to replace Russia’s market is not one the voices that should be raised. Since natural gas is sourced through hydraulic fracturing, a known environmentally damaging and polluting process, we need to turn toward wind and solar. Both of these technologies offer less expensive (financially and environmentally) and now reasonably accessible energy.

In recent years, Germany’s government has pushed the expansion of solar and wind, benefitting the economy and the environment tremendously. Renewable energies have increased from 7% of the country’s energy makeup to 25%. Denmark (25% from wind), Scotland (40% from renewables), Spain and Portugal have all followed suit and are working toward energy independence. These countries wonÃ¢â‚¬â„¢t rely on Russia for their energy for long.

In his article, Juan Cole points out a very insightful and hopeful consequence of energy independence. If more countries rely only on themselves for energy then global politics would become more honest and remove the advantages that energy (oil) suppliers have over other countries. Dynamics with Russia, the Middle East, and elsewhere would be fundamentally changed.

As for other US voices, the White House recently undertook a massive data initiative collecting and compiling data on climate change, aptly named the Climate Data Initiative. Google, Microsoft and other technology leaders have been brought on board. The mission is to compile data related to climate change in order to inform and help prepare for climate impacts. A secondary hope is that bringing this knowledge to the fingertips of citizens will fuel action toward adapting to climate change. If you can see your neighborhood under water in 2030 due to sea level rise, perhaps you’ll be more likely to drive that Hummer less often.

Read more about Kirra and other EcoFaith Recovery Interns here.

Is Ukraine the Push We Need to Kick Fossil Fuels? (By EcoFaith Intern Kirra Hughes)
Tagged on: Internship