EcoFaith Recovery was established starting between 2006 – 2008 as the Rev. Robyn Hartwig started waking up to the magnitude of the ecological-economic-spiritual crisis facing the planet. Beginning to recognize her own addiction to a way of human life that was not sustainable for human beings or the greater web of life on earth, she encountered others who identified with the crisis and breadth of opportunity facing society in our time, she applied for grant funding to Extraordinary Lutheran Ministries (ELM). In 2009, ELM awarded a concept grant so she and other leaders might begin developing “EcoFaith Recovery.” 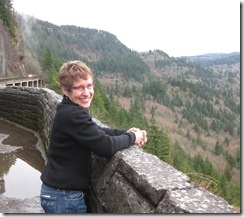 Familiar with the power of the 12-step recovery movement and understanding that isolation is both a symptom and a cause of the growing crisis, she reached out to leaders who were already engaged in important spiritual, educational, and organizing work within their own communities. Together they began to imagine what a group of leaders might do to go into “eco-faith” recovery. By going into recovery, they named their shared longing to help themselves and others discover the root causes of this crisis, and together participate with the divine in growing “leaves for the healing of the nations” (Revelation 22:2) and creating a “future with hope.” (Jeremiah 29:11). 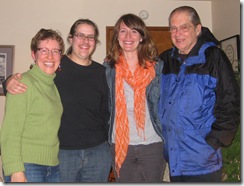 A Vision Team was created. A leadership retreat was held. The Spirit was moving.

The Vision Team evolved into a dynamic Leadership Core Team, which began a series of “Table Talks” to bring leaders within the Lutheran Church together to come to a deeper understanding of the ecological-economic-spiritual crisis, and also to build a strong network of people who were willing to understand the deep causes of the crisis and engage the deep resources necessary to face the crisis. The relationships begun in these Table Talks have been a significant source of spiritual power and imagination in the early years of EcoFaith Recovery’s development.

Generously supported by grants from Extraordinary Lutheran Ministries and the Lutheran Community Foundation, and a growing number of individual donors, EcoFaith Recovery quickly began experimenting with multiple models for bringing people together to engage the ecological-economic-spiritual crisis at hand. The partnerships began. 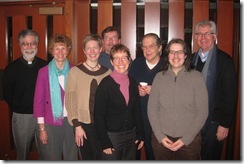 people and institutions to enter into “eco-faith recovery.” 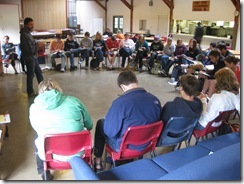 There were many initiatives in the beginning that helped EcoFaith Recovery take root and grow in faith and mission.

St. Andrew Lutheran Church and Cedar Hills United Church of Christ to offered a year-long dinner and reflection group based on a cookbook, Simply in Season, published by the Mennonite church; Lutherans Restoring
Creation and the Oregon Synod-ELCA to form our Care for Creation Training Team. It consisted of congregational trainers who equipped leaders to incorporate caring for creation into every area of congregational ministry. In addition, 30 summer staff members at Camp Lutherwood participated in a Care for Creation training.

EcoFaith also collaborated with Professor Dan Brunner of George Fox Seminary to establish a GreenSpirit recovery group for seminarians in
In 20 the LeavenProject and Wilderness Way Community to create a powerful learning community with the 42-hour course, An Ecology of Grace and Justice: Organizing in the Biocommons;

the Wilderness Way Community to create the River’s Lament, a ritual walk telling the story of the Willamette River; and to bring the prophetic witness of Ched Myers to Portland via webinars on issues of eco-justice; 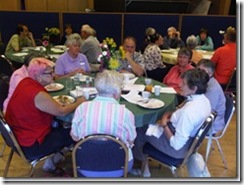 the Lutheran Community Foundation (through its capacity-building grant) to create and support five paid internships for young adults to develop their leadership capacity through a variety of research and creative projects, while being mentored by leaders within EcoFaith Recovery.

…Extraordinary Lutheran Ministries (ELM) which had the foresight to offer the resources needed to start this ministry and which continues to serve as one of the funders to this day.
… you, for whatever ways you are collaborating with and contributing to this ministry or whatever ways the Spirit will lead you to get involved by joining us today!