Some of you may have heard the story about the man who was being chased by a tiger and falls off a cliff. Luckily he catches a branch and is hanging there from it, trying to figure out what to do. In desperation he cries out, “If there’s a God up there, I’ll do anything if you’ll save me!” Suddenly a voice booms down from the heavens, “This is God and I want to save you! All you have to do is let go of the branch!” There’s a long pause as the man thinks that over, then he finally turns back up and says “Is there anyone ELSE up there?”

This seemingly counterintuitive instruction from God reminds me of the words that open this verse in today’s gospel. Jesus is talking to his disciples, who have ventured to the fringes of a deeply troubled society and are trying to figure out what to do next. And Jesus gives two pretty clear instructions. First, “Don’t be afraid.” And second, as if that were the easy part, “Also, give away all your money to the poor.”

Just like the man hanging from the branch, these instructions may seem unhelpful or misguided to us at best. Like maybe I could find a way to EITHER not be afraid OR give away all my money, but it feels like a pretty tall order to ask me to do both.

But all week as I’ve been sitting with these instructions, I’ve been realizing how powerful and deeply important it is that they are placed side by side.

In our society, and in the society from which Jesus was speaking, it is true that fear and poverty are two sides of the same coin. Systems of capitalism and exploitation thrive on fear. Fear of other, fear of neighbor, fear of self, fear of not being enough, fear of not having enough, fear of death, fear of instability, fear of discomfort… These fears encourage isolation, greed, and individualism. A mindset of scarcity rather than abundance. And over the decades, over the centuries, the fears generated by capitalism have continued to leave mass poverty and wealth inequality in their wake.

So it actually makes sense that if we are really talking about true collective liberation — which is how I tend to think of the Kingdom of God — then we need to get practiced in both “being not afraid” and redistributing our wealth. And the good news, I think, is that these two practices can be the doorway into the other.

One of my favorite teachers, Reverend angel Kyodo williams, says, “Love and justice are not two. Without inner change, there is no outer change. Without collective change, no change matters.”

Like Jesus, she is reminding us that collective liberation requires both inner and outer work, and that they are deeply intertwined.

Being born into a white body on this land, I inherited much of my internal landscape and my external material wealth from systems of white supremacy and colonization. I’ve been taught to see myself as isolated, as a part separate from a whole. I’ve been taught that my only chance at safety and survival is fighting to win in a zero-sum game. Even though I don’t intellectually believe these messages, they are deeply embedded in my psyche and my physical being.

One place I can see them come up is when I think about the climate crisis that we are currently sitting in. When I listen to the news and am filled with fear, it’s easy to see how tempting it would be to just say “You know what? Screw social justice. I’m going to go corporate, buy a nice big comfortable house, and stock up on as many cans of luxury beans as I can get my hands on.”

And of course, I’m not the only one tempted by this. I just saw an article about a bunch of Silicon Valley moguls who are buying up doomsday bunkers and installing them in New Zealand. The article said that the most expensive one is buried 11 feet underground and cost $8 million dollars. It can probably fit a bunch of cans of beans.

So for me, when I start thinking about this future uncertainty is when I feel I most need the reminder of these joint instructions from Jesus. The Way into the Kingdom is not hoarding your wealth and isolating yourself for the sake of maybe surviving a little longer. The way to Beloved Community, to collective liberation, to a closer relationship with God, is in letting go of your fears and getting into solidarity with those who have been most affected by these systems.

And when I think of it this way, Jesus’s instructions actually sound more like invitations than instructions.

We are being invited to step out of the fear-based messages of white supremacy culture which keep us twisted and tightened and in our own heads.

In a white identity study group that I’m a part of, we read a book by Resmaa Menakem, called My Grandmother’s Hands: Racialized Trauma and the Pathway to Mending Our Hearts and Bodies. He has a chapter called “The False Fragility of the White Body,” in which he explores some of these fear messages and the historic trauma that led to them. One particular line from the chapter has really stuck with me. “The deadliest manifestation of white fragility is its reflexive confusion of fear with danger and comfort with safety.”

So he’s saying that those of us who have been shaped by white supremacy culture — especially we white folks — tend to be confused. When we instinctively feel fear we think there’s actually danger. When we instinctively feel comfortable we think we’re actually safe. Our safety and danger gauges have been misaligned from years and years of false messaging, and this has resulted in deadly consequences.

Not only have those messages hurt others, but they’ve been hurting us too. Later in the book, Menakem goes on to say, “This is the ultimate irony of white-body supremacy: in the name of protecting and serving white Americans, it has done immense harm to them.”

Menakem, like Jesus, is inviting all of us who have been shaped by hierarchy and Empire into a different way of living. One that necessitates deep, sometimes painful, and emotional work around our fears. But it’s work that we need to do if we ultimately want to get free. Be not afraid.

And yes, we are invited to even more than that. Jesus is also inviting us out of the cage of our very own wealth, which was never ours in the first place, and makes it easier for us to stay isolated from Spirit and community.

If we had fewer possessions and were more willing to share what we did have, who would we come in contact with that we never would have otherwise? What skills of ours would need to grow, what relationships of ours would need to deepen? How many more of our neighbors would we meet because we had to borrow something rather than buy it ourselves?

Inviting us out of our wealth also invites us closer to our values. One group I’ve been inspired by recently is called Resource Generation. It’s a group of affluent young people who are committed to social justice, and also committed to redistributing the wealth they have access to. They write, “We’re challenging ourselves to do something that is outside of what is culturally believed is ‘safe,’ ‘reasonable,’ or even possible — together, we’re creating another path, and the more of us who walk it, the more possible it becomes.”

So I don’t know about you, but it feels personally unrealistic that I completely let go of all my fears and my possessions. And it’s definitely not gonna happen by next Sunday.

But I do want to take these invitations seriously, and I think one way that can look is being very attentive to both our fears and our material possessions. Noticing how they are related. Noticing where each of them gets in the way of our relationships to each other, our values, and the land. And starting to hold them more lightly. When Jesus invited us to let go of our fears and our money, I imagine his real intention was that we wouldn’t let them rule us.

So I want to end with a brief word from Dan Berrigan, who many of you have heard of. For those of you who haven’t, Dan was a Jesuit priest and long-time anti-war activist. He was arrested so many times that everyone lost track — but probably more than any clergy member in US history. And if you’ve ever seen pictures of him getting arrested, he’s usually smiling or doing peace signs in his handcuffs. One photo of him even went viral, in which he had two grim buff FBI agents on either side of him, and he’s in the middle grinning as if he just won the lottery. To me, he’s never sounded or looked like someone who was all that afraid.

But I read a biography of him recently which included this quote. He said, “Every time I face arrest, my heart turns over. The fear is so strong at times as to be a matter of physical illness, nausea… My cowardly heart longs in the every fiber to have done with this charade… You walk with your fear as you would walk with an illness, determined that it will not down you… [The point is] to disallow the fear the last word.” 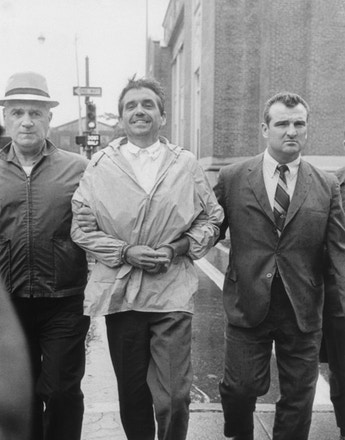 (Photo from The Intercept)

When Fear is not Danger, and Comfort is not Safety: Sermon by Kateri Boucher (EcoFaith Recovery Practicum Intern)