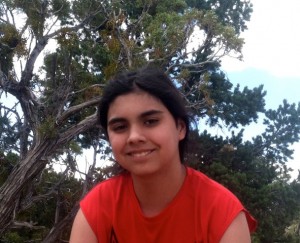 Redbird Woodley will be entering 9th grade at a public school in Newberg, Oregon. Redbird applied for and received a grant of $250 from EcoFaith Recovery to support his leadership development through a four-week intensive service-learning project on Eloheh Farm.

Eloheh Farm is a new faith-based natural/organic regenerative farm started by Redbird’s parents, Randy and Edith Woodly. Redbird describes the purpose of the farm as trying to live in good relationship with the earth. Eloheh is becoming a model farm that integrates spirituality, sustainable lifestyle, Native American culture and values. In his application, Redbird said that they see Jesus as the Creator.

Redbird indicated that he applied for a mini-grant from EcoFaith Recovery because he sees EcoFaith’s goals and the goals of his family farm as being “very similar all around with the land, sustainableness and faith.”

Redbird is interested in sharing what he is learning and further developing his leadership skills by talking about his experiece for school projects in the fall. He is also interested in using what he has learned to lead a group of youth in accomplishing a particular project on the farm together. During that time, or in addition to that, he is interested in offering a tour of Eloheh Farm to a group from EcoFaith, explaining what they do on the farm and why. He says, “I can explain how the land is an expression of my Native and Christian spirituality.” You can read Redbird’s blog posts at this link.

Thank you to Redbird for his leadership at the intersection of Eco, Faith, and Recovery!