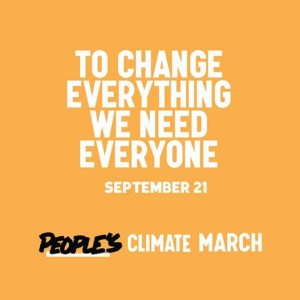 Disruption is a new film premiering September, 2014.Ã‚Â ItÃ‚Â takes an unflinching look at the devastating consequences of our inaction on climate change and lays bare the science, the politics, the role of special interests and the civic stasis that have brought us to this social, moral and ecological crossroads. The film also takes us behind-the-scenes in the efforts to organize the largest climate rally in history to call for bold action that is strong enough to tip the balance as the UN world climate summit convenes in New York two days later.Ã‚Â Learn more about the film here.

Would your Oregon or Southwest Washington faith community like to host a screening at a different place and time?

IfÃ‚Â so and if you would likeÃ‚Â EcoFaith Recovery to co-sponsor your faith community’s screening and post it on this page, please email office@ecofaithrecovery.org. You can also do the following:

*Ã‚Â Register with 350.org to host a screening so they can put it on their website.

* Learn more about the film the film Disruption here.

On September 21st, in New York City, there will be an unprecedented climate mobilization Ã¢â‚¬â€œ in size, beauty, and impact. AsÃ‚Â heads of state convene inÃ‚Â New York City for a historic UN summit on climate change, with our future on the line, we will take a weekend and use it to bend the course of history.

What is the PeopleÃ¢â‚¬â„¢s Climate March in Portland?

Check out our Resources page